Aftermath (Book 4 in The Vaedra Chronicles) by Ester Lopez 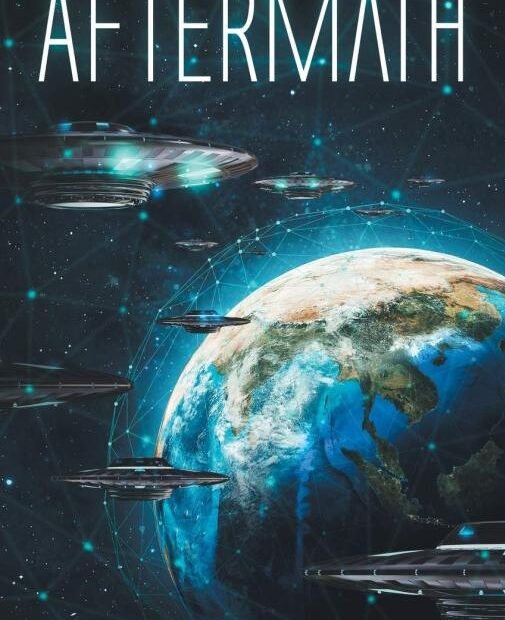 A controlling Captain has six days to finish training her student pilots before transferring to the Special Missions Team. When an astronaut mysteriously shows up on the flight deck, she is charged with teaching him to fly the same ships, which took six weeks to teach her students, but she must do it in the six days left or lose her chance to transfer. She must also discover his real reason for being on their ship.

While her student is a fast learner and an Air Force test pilot, she uncovers some things about him that lead her and the Admiral to believe a sinister plan is under way to take over the Earth.

Will she be able to stop this plan before it happens, or will the Earth succumb to an alien invasion?

This is the first book I’ve read by this author, and yes it is indeed the fourth in series. I don’t do this often, but every once in a while I might start a book series from somewhere in the middle of it. In the case of this book, I got a free review copy in return for my review.

The story starts off on an alien spaceship Concordance, where several officers are introduced right away in an information overload. It is clear that several of the characters were starring in the previous books as for me it took a while to get acquainted with everyone and remember their names.

They had found a stowaway on board, an Earther Torin Conolly. There is a suspicion about his intentions on the ship, as his name was not on the boarding list when the ship left Earth. Despite that, he is allowed to start training with Captain Gadara right away to learn all about how to operate their ships. All the information that was shared with an untrusted outsider baffled me and I hope any real spaceship would take better precautions when presented with a similar situation.

The alien crew had made a deal with a president on Earth – I can only assume it refers to the president of the United States of America – but there were also mentions about shadow society and a Black Government that are fighting against the lawful order. Most of what was going on around that topic must have been explained in the previous books, before Concordance took off from Earth and set its course to the alien planets. It would’ve made an amazing back story had I understood all of it.

What I did enjoy in this book was the details of world building. All the different alien species and the planets they originate from were brought out as a nice detail. The comparisons to Earth were slipped into the dialogues.

The dialogues themselves, however, sometimes felt dry and stiff and made me wonder about their conversational skills. Is this just the way a spaceship works? Or the way the alien culture functions. Some things that should have come as an after though or a logical conclusion were made painfully clear in the conversations. The dialogue said everything, leaving no room to the character’s own musings and emotional responses.

I give this book three stars, for the potential the storyline holds and the world creation.