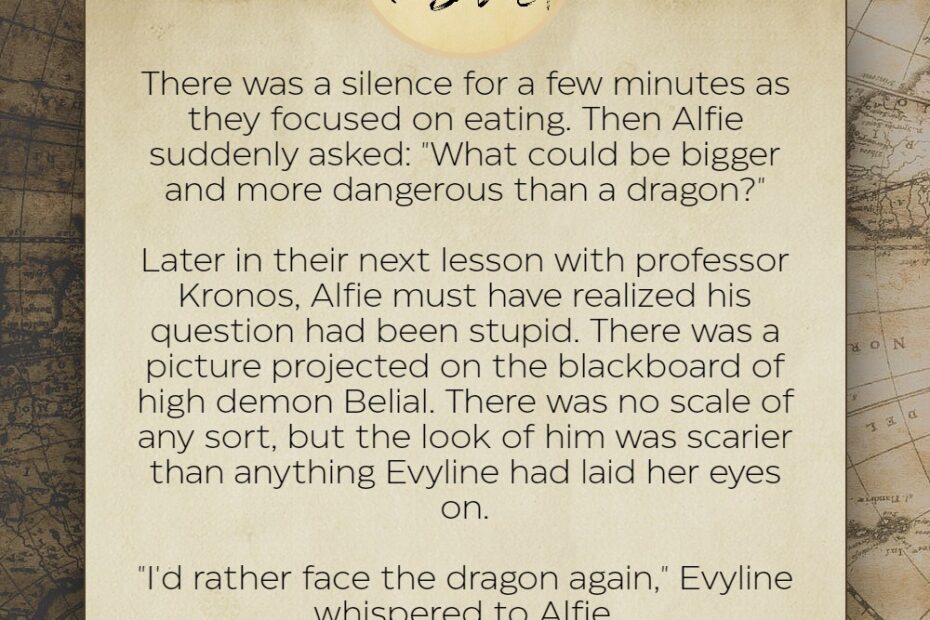 There was a silence for a few minutes as they focused on eating. Then Alfie suddenly asked: “What could be bigger and more dangerous than a dragon?”

Later in their next lesson with professor Kronos, Alfie must have realized his question had been stupid. There was a picture projected on the blackboard of high demon Belial. There was no scale of any sort, but the look of him was scarier than anything Evyline had laid her eyes on.

“I’d rather face the dragon again,” Evyline whispered to Alfie.