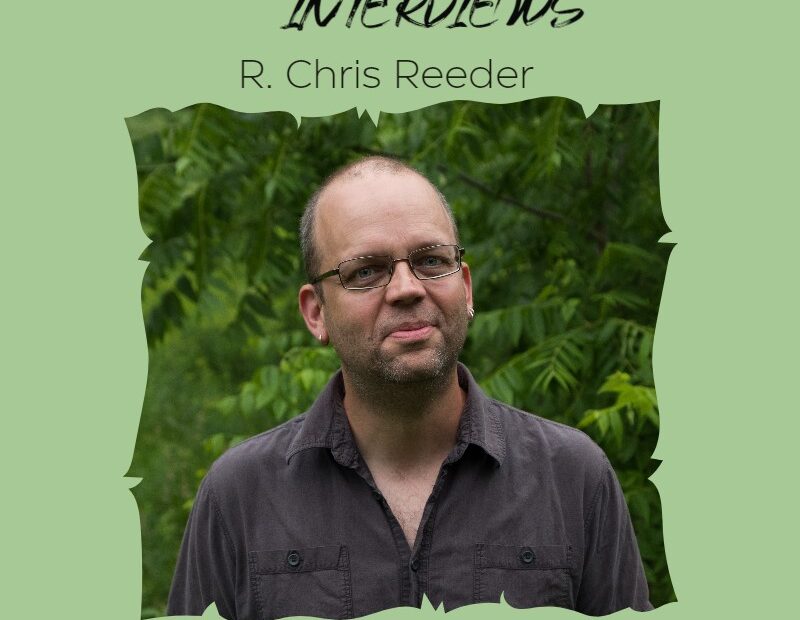 I’ve always written here and there. Poetry in high school. Creative writing classes in college. That sort of thing. But I never tried to write a book until my son was born. I worked in professional theatre for many years, acting, directing, designing. Mostly Shakespeare. After my son was born, I became a stay-at-home dad. Which was probably just about the best decision I ever made. I absolutely loved being home with him. But I no longer had the creative outlet I’d had for my entire adult life. I missed using my brain to create the imaginary characters and worlds that I had been part of while working as an actor and director. Eventually, I realized that writing was something I could do, in the limited time I had, that used my brain in the same way. So, in the midst of massive new-parent fatigue, I started writing a book. I would write during nap time. I would write after the rest of the family was asleep. I would have an idea while playing with my son, I’d text it to myself and add it in the next time I got my computer out. Eventually, over the course of months and months, a book took shape. A massive, unwieldy book about another world that I’d imagined with my brain. I showed it to my wife, who was utterly shocked, as I’d written the book entirely in secret. But with her encouragement, I started querying the book out to agents and publishers. It turned out that no one was interested in my massive, unwieldy book. So, after a year or so of that, I started writing another book. That one turned out to be much less unwieldy, much more streamlined, and I found a publisher. At the end of 2018, Black Rose Writing published my novel, “The Changeling’s Daughter.”

My kids. They are my joy and my inspiration.

As a great admirer of Lewis Carroll, I would travel back in time to 1898, right before he died, and visit his apartment to find the missing volumes of his diary and the photographs and letters that were destroyed. So we could finally find the full story of his life. Or to 1886, to do the same for Emily Dickinson. Or to 1613, to recover all the lost manuscripts from the Globe before it burns down.

Tell us a little about the books and what inspired you.

For my first book, “The Changeling’s Daughter”, I wanted to tell the story of a character who was the opposite of the “chosen one” character I’d read so many books about. I wanted to tell the story of a girl who, instead of finding out the universe had a great, grand plan for her, found out instead that she was part of the worst thing imaginable. As a new father at the time, the idea of stealing someone else’s baby was the worst thing I could think of. So I had my main character find out she was a goblin, whose ancestors had stolen countless babies over countless centuries. Once I had that idea set, I started researching many of the “changeling” myths that exist around the world. I found that the Welsh myths of this type suited my story best, and with a basic kernel of a story and a mythology to draw from, the book began to take shape.

The world creation and creature names is something that makes it strike out to me among other fantasy books I’ve read. How did you come up with the idea for them?

When I was growing up, Lloyd Alexander’s “Black Cauldron” series was one of my absolute favorite series. I read it over and over again. Taran and Hen Wen the pig and the land of Prydain and Princess Eilonwy and Gurgi and Fflewddur Fflam. I loved the stories and I loved the look and sound of the words and names in them. Drawing on the same mythology that Alexander drew on made sense to me. (And it is also, in some sense, my homage to him.) I started incorporating some figures from Welsh mythology (Efnysien fab Euroswydd, Gwenllian ferch Gruffydd, the Salmon of Knowledge) and some traditional Welsh names (Branwen) but branched out into using some simple Welsh vocabulary for some of the character names (Gafr, Llwynog, Chwilen). I should also note that I am *not* fluent in Welsh. Just an ardent admirer. So there are likely some grievous linguistic errors in my books. But hopefully my appreciation of the mythology will overshadow those.

If you were a character in the books, who would you be?

With a long background in professional theatre, I am fortunate to have known many fantastic actors over the course of my career. For most of my characters, I have an actor in mind who plays that part in the theatre in my brain. I try to imagine their voice as I write the dialogue. Hopefully, this gives each character a unique pattern of speech. Makayla, however, is written in my voice. Despite the vast differences between us—she’s a fifteen-year-old girl, I’m a fifty-year-old man—she’s the character who is closest to me. (I should also perhaps note, that Makayla’s mental health struggles are based on my own.)

What is one of the most interesting things you have researched while writing a book?

While writing both “The Changeling’s Daughter” and “The Trickster’s Sister”, I read lots and lots of Welsh mythology, which I find utterly fascinating. It’s so unlike the Roman and Greek and Norse myths I studied in school. The Salmon of Knowledge, in particular, I find to be a fascinating mythological character. For my next book (the 3rd in the series), I’m reading different types of mythology for inspiration: Grimm’s Fairy Tales and Baum’s Oz books. (Which are my favorite books of all time.)

How did you feel when your first book was released? Is there anything particular about the journey to the publishing you’d like to share?

On the actual release date of my first book, I think the main thing I felt was relief. That it was finally out there and there was nothing I could do about it. People would either enjoy it or they wouldn’t. A couple of months before that, though, when the box of advance copies arrived, and I held a copy of the book in my hand, the book I’d worked so hard on, the book with my name on the cover: that feeling was indescribable. Tears of many varieties were shed that day.

I’m currently working on the 3rd book in the Coblyn Chronicles series. It’s fully outlined and I have about 27,000 words written. I’m hoping to have a first draft done by the end of the year. But with summer break happening, I’m spending a lot of time at parks and swimming pools with my kids, so I’ll have to wait and see if that goal is feasible or not.

Do you have any tips to share for starting writers?

As an extreme introvert, I can’t imagine I would approach either of them. I have, however, spent quite a bit of time being lost in foreign cities. Being lost is when you find the most interesting things. I would allow myself to get even more lost and enjoy the adventure.