Home » Blog » Of the Lilin by Paulette Hampton

Of the Lilin by Paulette Hampton 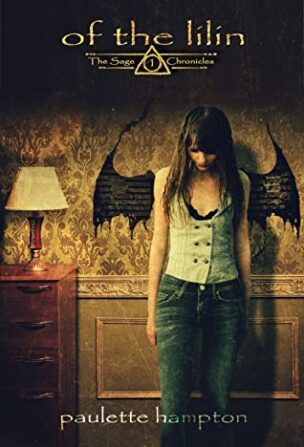 While dealing with depression, Sage attempts to pull herself into the light. What she finds is better left in the dark.

After the loss of her mother and her stepfather’s mental breakdown, Sage Frankle agrees to move in with her aunt and cousin at the Englewood Inn. Soon, her aunt arranges for Sage to begin working through her trauma with a psychologist. As time passes, Sage finds that she is far from healing and begins to slip from reality into a realm of darkness she is unable to escape. After the arrival of her cousin’s intriguing acquaintance, Sage is forced to realize she is indeed trapped, not by her mind, but by her bloodline.

Of the Lilin sparked into life with confusion, spread out into excitement and amazement and shizzled out right at what I’d call the culmination of the story!

“Confusion?” You may ask. Yes, that’s exactly what I said and I believe the story was quite intentionally set up this way. I had one of those moments of ‘wait what, did I really understand this correctly?’which made me even more curious as to where the story was heading. Trust me, by the end of it, everything makes perfect sense!

Excitement really took root, when Thomas and Lucien were introduced. Oh, how I loved Lucien’s appearance! Perfect moment, perfect line rolling off his lips, perfect everything. Little did I know he was going to- Yes, Lucien, with exactly the right amount of patience, with his charm and appeal was one of my favourite characters throughout the book and boy am I glad he showed up the way he did!

Thomas managed to grab a close second place in the contest for my heart, but I’m sure Sage would have a completely different opinion about it! Calm, poised and serene, smart to no end, caring – and I’m certain, loving, had he gotten a chance! – Thomas is a perfect treat and I am looking forward to seeing more of him.

Now I might start counting all the rest of the characters: Lily, Will, Madeline… But then, I could also continue by saying how very well the story was set up to give just enough away until you are ready for more. The world creation is amazing, to say the least.

I do feel like the ending might have been a bit rushed, but by then I was all in with all the action that was going around the Inn and in Sage’s life to care. Perhaps Madeline’s explanations went on for too long. Perhaps, the girls making up their minds only to change them right at the end was a bit too much. Perhaps I needed it all to just slow down, to take a breather… But it didn’t really matter by then! It was done. It was decided. I had no choice but to dive head in with them!

Paulette Hampton has created an intriguing story, great characters and one of a kind world and I would read the sequel in a heartbeat!