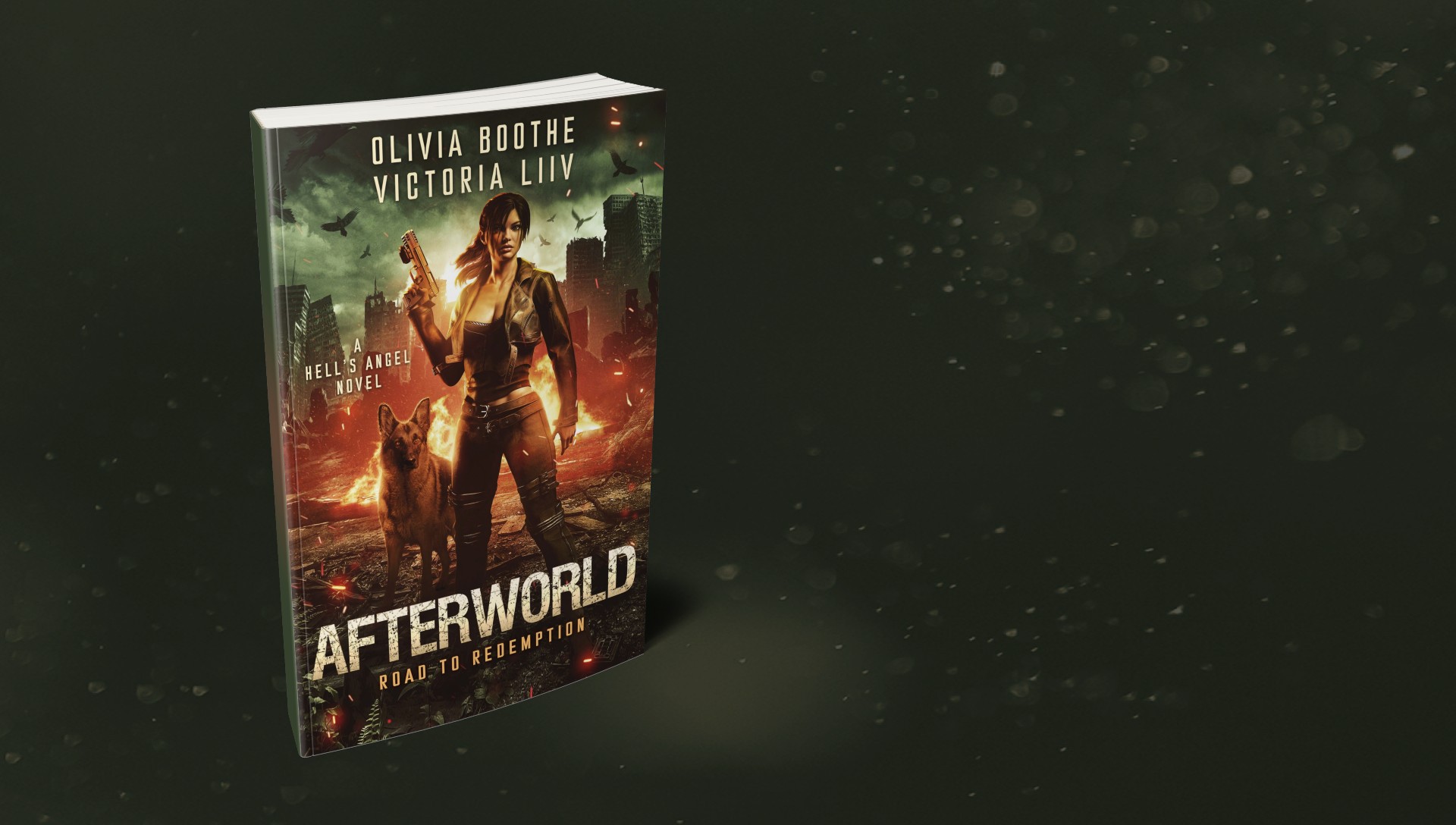 EIGHTEEN MONTHS AGO, THE WORLD LEARNED THE UGLY TRUTH:
GOD EXISTS. HE JUST DOESN’T GIVE A DAMN ABOUT US.

After a deadly virus wipes out most of the world’s population, those of us who survive are left as food for the Damned, the walking corpses ravaged by the infection.

Yet, something far more sinister stirs in the bowels of New York City. The Four Horsemen are prowling the streets, kidnapping young girls and dragging them back to their lair. And when a supply run becomes a rescue mission turned deadly, I’m left at the mercy of a sexy stranger.

Jax Constantine weaves himself into my life with blood tingling charisma and a smile that rekindles my hope in love. But a dark secret lurks beneath his penetrating gaze and sizzling touch. One he’s not willing to share, leading me to believe he might not be the man I thought.

Now, humanity’s last stand rests in my hands. To save a world consumed by evil, I must choose between stopping Lucifer from claiming an already scorched Earth as his own or saving the man I love.

The same man destined to curse my soul.

From bestselling romance author Olivia Boothe and fantasy author Victoria Liiv comes a new post-apocalyptic paranormal romance unlike anything you’ve ever read. Get ready for a thrill ride full of romance, intrigue, demons, angels, and a spine-twisting revelation that will have your heart racing and begging for more. 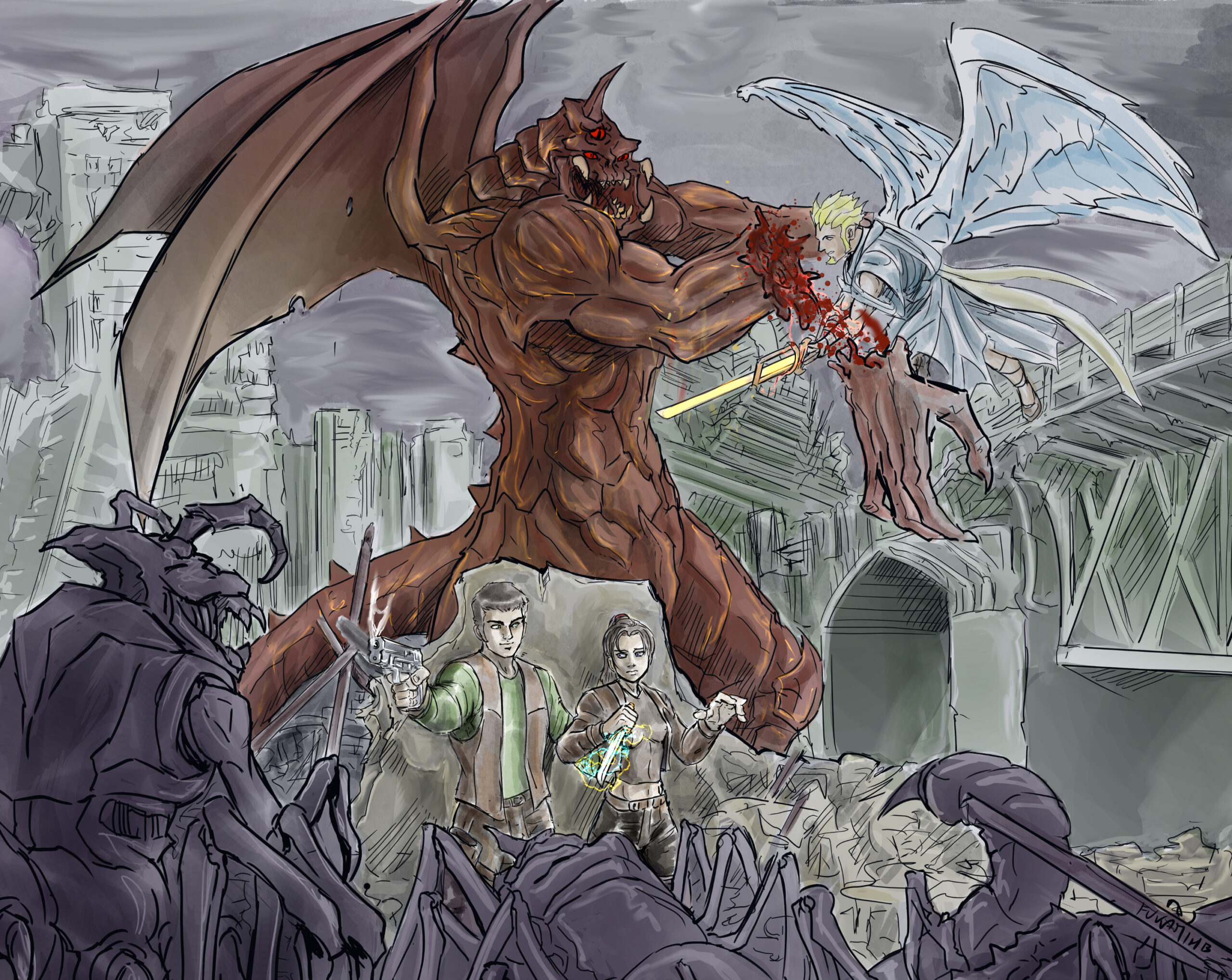 Having grown up in a Devil worshipping cult with a head-priestess for a mother Jax hasn’t had the happiest childhood. He never got to choose his own fate as he was drawn into the dark teachings he had to follow. Chosen for greatness, Jax was offered like a sacrifical lamb to one of the Horsemen. Only he never wanted the honor of bringing misery and pain to the word. God help him, he never wished to be part of startig an apocalypse, Hell on Earth, destruction of immense magnitude.

There’s only so long he can run from his fate and no hiding from the demons. All he can do is hold onto his humanity long enough to find a cure. Fighting the evil within gets harder when he runs into Kate. There’s something about that woman that makes him loose control.

Blood Sacrifices and Demon Summonings? Great stuff.
Fucking fantastic. Dark and mysterious right from the get go. Reeling you in and poisoning your mind.
That’s all the sect ever did for me.
I had no choice. Lame excuse. Everyone says they had no choice. You always have options.
I hadn’t understood the reason behind all the chanting, hoodoo-voodoo bullshit. Too young, too stupid and too fucking blind. As if that changed anything.  I kept on helping the cause until I realized what they were up to–by then, it was too late.
The blood sacrifices I could deal with. The Summoning I could cope with. Raping countless innocent women in the name of the Devil? Fuck. That.
~ From the pages of Jax Constantine’s Grimoire

Kate lost everything to the hellborn virus. She would have lost herself, too had Hank not saved her from the raging desire for revenge. Together with the German Shepherd she fights for survival until one day staying on the sidelines is not an option any longer. When an angel comes to her rescue a hope for a better future gets rekindled.
And when she meets Jax, she starts to believe that perhaps loving someone else is possible, too.

When The World Ended
My grandmother believed in God. As a devout Christian, she did everything in her power to guide me in her footsteps.
The bible. Mass. Penance.
I practiced it all.
Well, at age fifteen, when that unseeable, mysterious force couldn’t save my parents, I decided religion was a farce. A crutch. Something people held onto when they had nothing else left to believe in. No force existed out there listening to our prayers, watching over us with love and good intentions.
Religion was for the weak, for those who couldn’t cut it on their own.
Now, nearly two decades later, I’ve come to understand how wrong I was.
But believing in something is not the same as having faith in it.
God exists. He just doesn’t give a fuck about us.

We were on West Street, riding toward the Lincoln Tunnel. We had to get out of Manhattan. It was crazy for both of us to be this close to Headquarters after dark. The Holland Tunnel was a wreck and the George Washington Bridge too far away. We’d have to risk the Lincoln. I wasn’t going to let her out. She wouldn’t make it back to the Brooklyn bridge anyway, she’d be dead in minutes. And I sure as hell wasn’t letting my chance at that relic slip away that easily.

“Nothing survives a pack of Shaitan,” I reiterated. “The sooner you accept it the easier it’ll be.”

For the both of us.

As if she hadn’t heard a word I’d said, she reached for the door handle.

We were going a hundred miles an hour and she thought it was a great idea to open the door? What the fuck was wrong with her? I slammed the brakes before she could endanger the both of us or kill herself jumping out of the speeding vehicle, all in the name of love.

The change in velocity took her by surprise and she flew against the dashboard, letting go of the door she’d opened. It flapped around a couple of times like a baby bird learning to fly before it came to a halt. Leaning across her seat, I pulled her door back closed, locking it for good measure.

“Damn it, woman! Are you trying to get yourself killed?”

I didn’t mean to linger that close to her. Hell, I’d meant to pull back and drive the fuck off the moment the door was securely shut, but I was unable to move. I didn’t realize what triggered my personal inner-demon until I got a whiff of sweat, blood, and underneath all of that grime… something distinctly female.

You caught us a toy, a gravelly voice only I could hear whispered in my ear.

Get your copy today!